our goal in producing
an exhibition is to create
an unforgettable experience.

To just simply hang canvases on walls is a shortcut in creativity. Our approach is to package an art exhibition in a way that will have impact. Maybe we do the show in an empty swimming pool with eight massive artworks, maybe we do the show in virtual reality, or maybe in a medieval castle in the the French countryside. Our challenge is to produce an exhibition that we would want to go to, and it wouldn't be boring.

In a collaboration between myFINBEC and Chateau Belcastel, we present a new exhibition called "LEGEND". This is the story of how seven international artists are retelling and revitalizing the rich history of this medieval war castle through their art. This chateau was built back in the ninth century, in the most picturesque village of the French countryside. These artists were selected for their visual storytelling abilities, the concept behind this exhibition is for the artists to select characters and scenes from the many legends that surround this chateau and the surrounding area. Legends of the supernatural, a love tryst that ends in murder, thieves and bandits, lost treasure, feral childen raised in the woods like an animal and other magnificent stories. One such legend is that of the White Lady of Chateau Belcastel. In the year 1452, Alzias de Saunhacs II, Ecuyer Baron de Belcastel married the young and beautiful Cécile de Vernhes. Alzias later went off on a long journey and when he returned back home he found his wife in the royal boudoir with another man. In an uncontrollable rage, Alzias threw her out the window to her death. The lover then attacked Alzias with a sword, inflicting him with a mortal wound that caused his death a few days later on November 2nd, 1488. Even now, many men staying in the castle have sworn that they have heard a woman calling out to them by name in the she remains just around the corners, whispering, and mysteriously heard only by men. The artists will create a series of murals on the castle walls as well as art prints and original works of art for a large scale gallery exhibition inside the chateau. These artworks will collectively storyboard the many legends of Chateau Belcastel for all those that visit. Artist lineup for this 2021 edition of the LEGEND exhibition is Alexis Diaz, Etam Cru - Bezt, Inti, Herakut, Case Maclaim, Marco Mazzoni and Bom.K

For more info on this exhibition, see the Chateau Belcastel website

In the third edition of myFINBEC, artists Vhils, Herakut, C215, and Etam Cru came to the winery Cave Fin Bec in Switzerland. Each artist had two canvases comprised of 84 wood wine cases, and they painted them in amongst the grapes in the vineyard. These 3 meter by two meter artworks were installed in an art exhibition in the heart of Berlin at a place called Stattbad, an old historic swimming pool which was emptied and served as an art gallery for this show. Of the over two thousand that attended this show, also got to try Swiss charcuterie and taste organic wines. 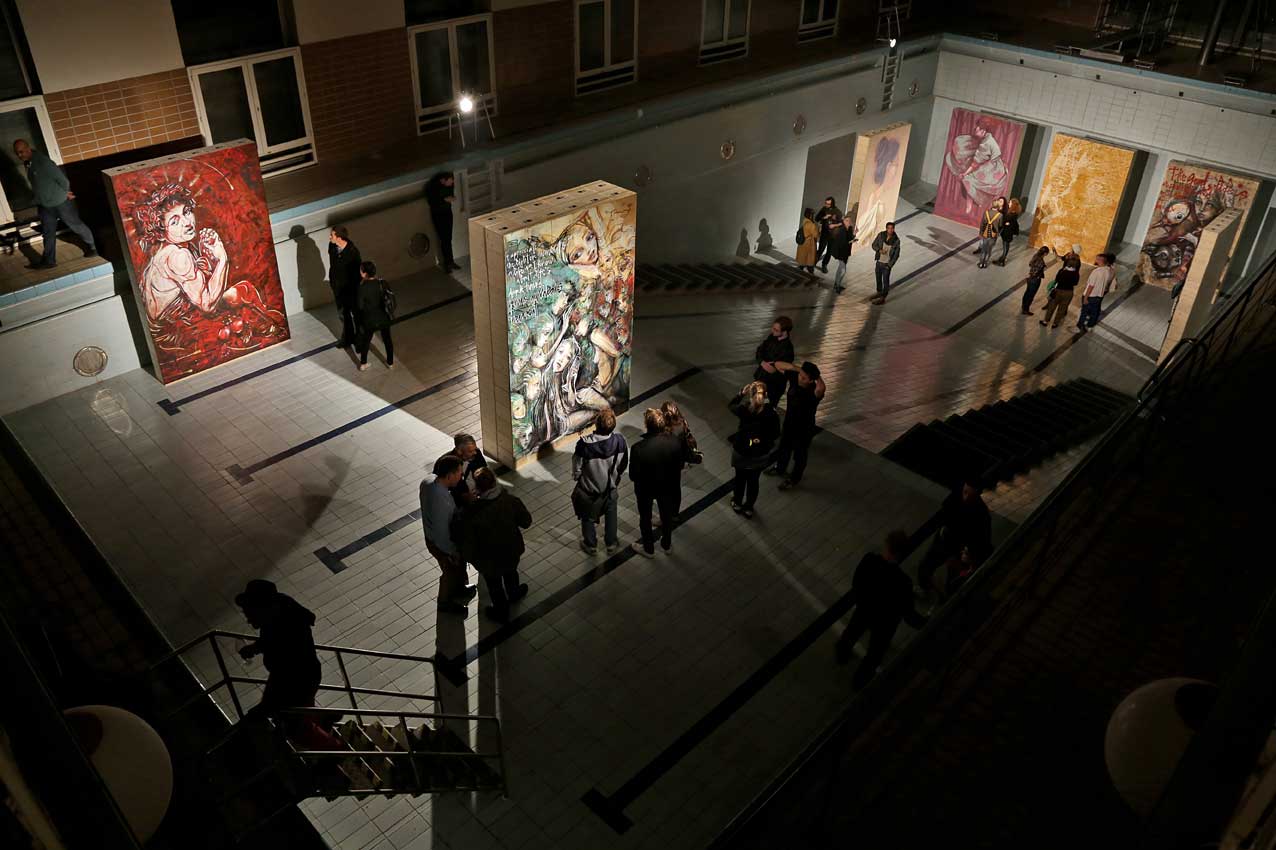 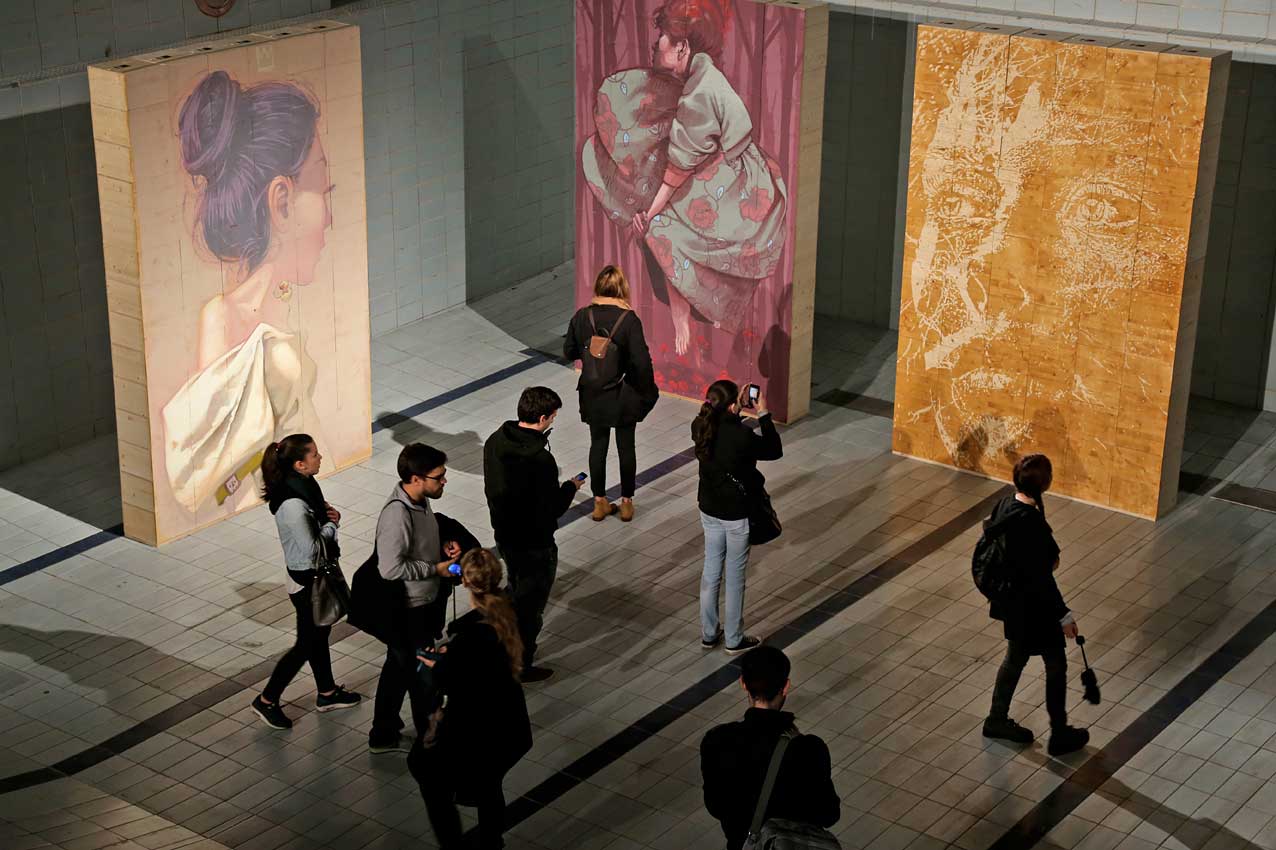 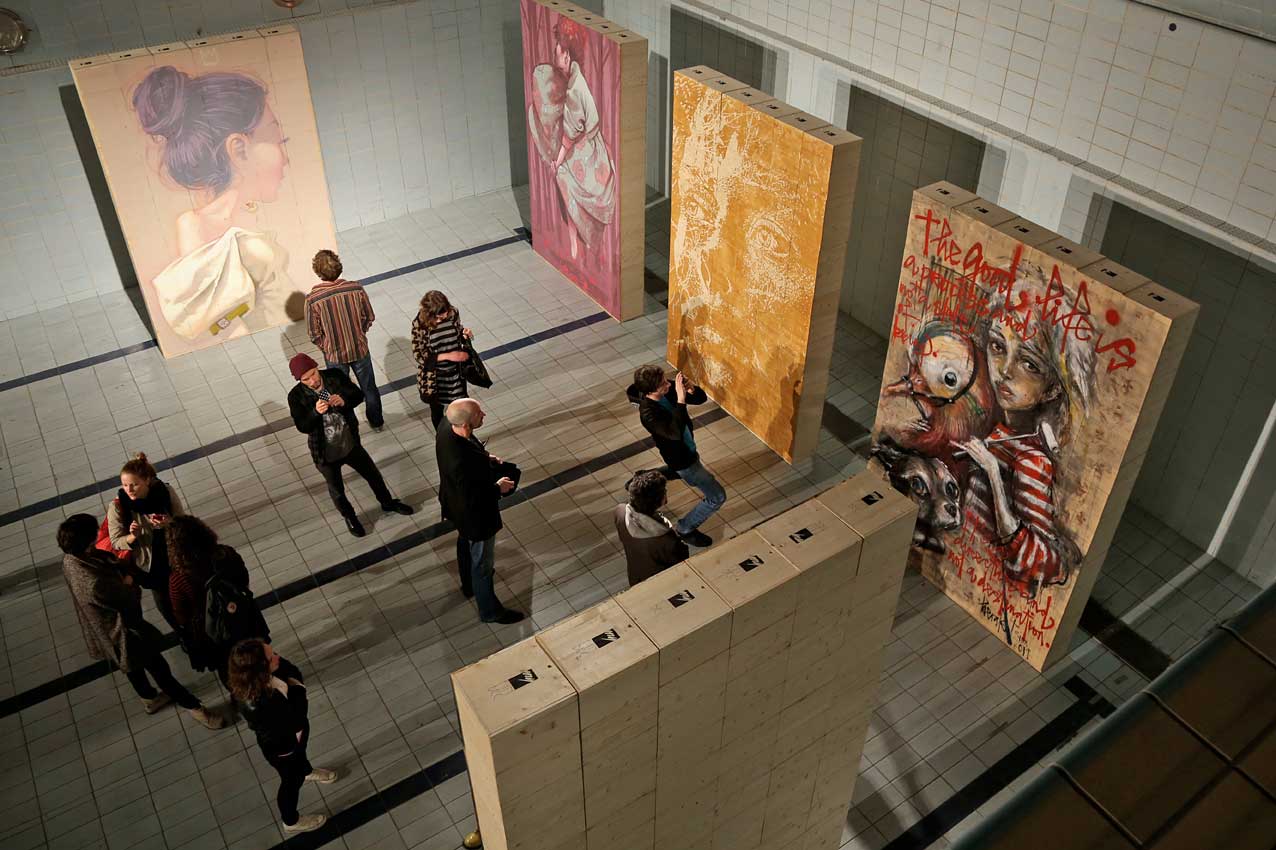 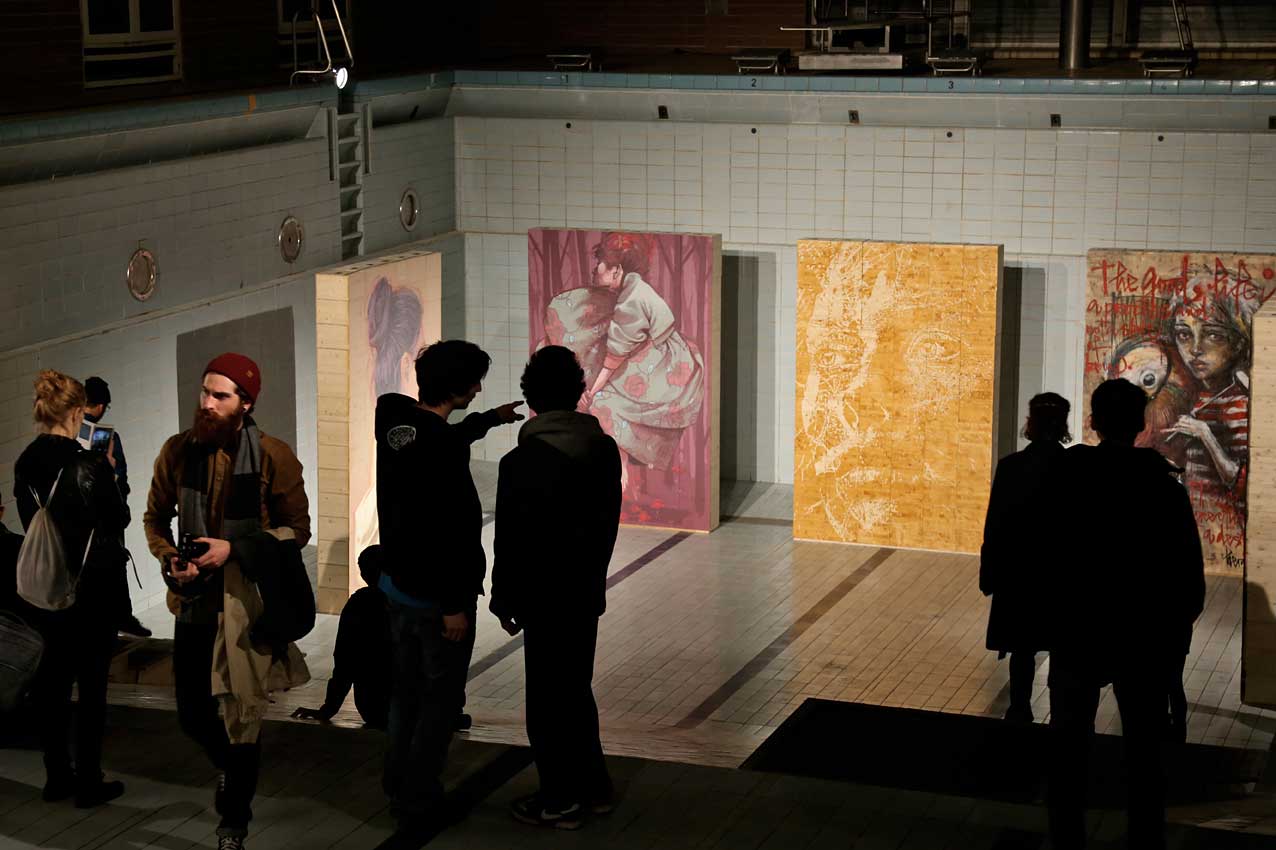 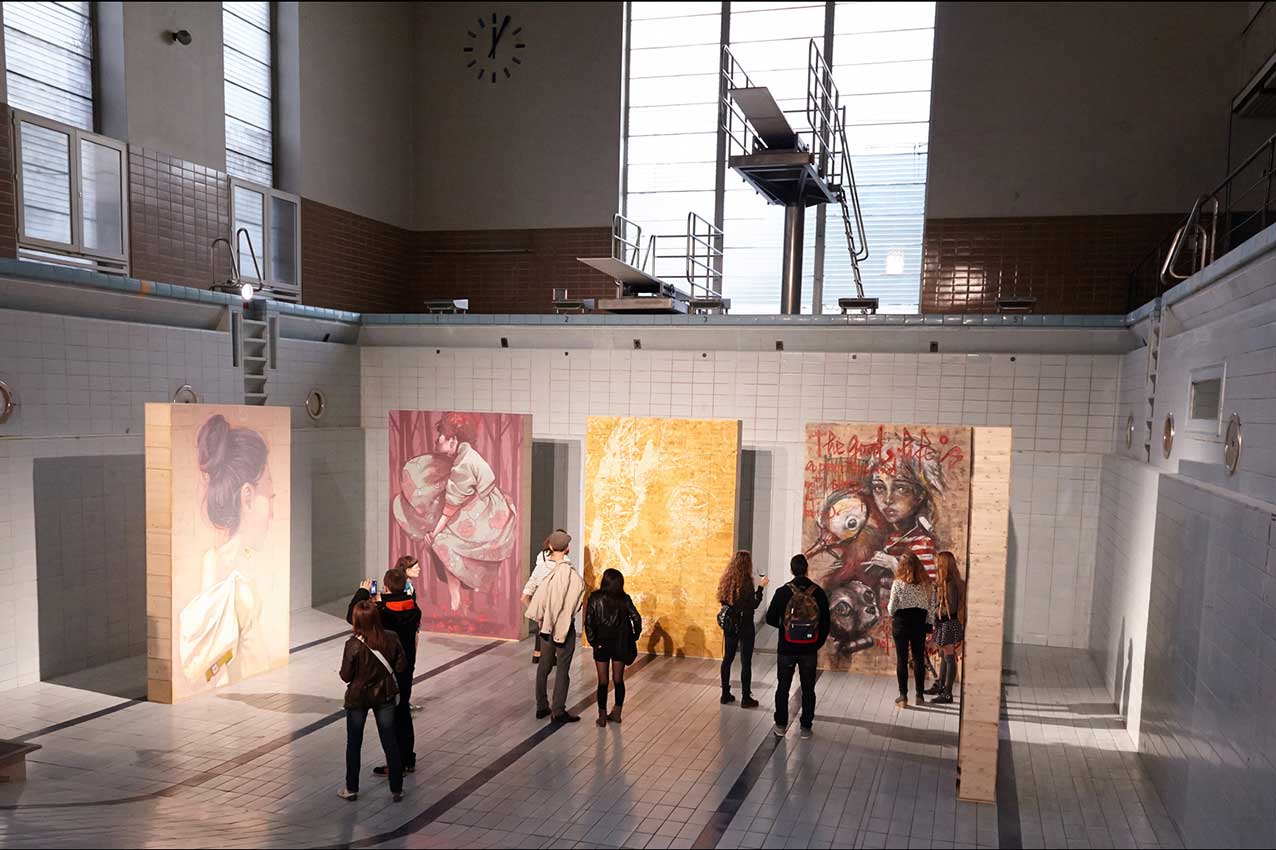 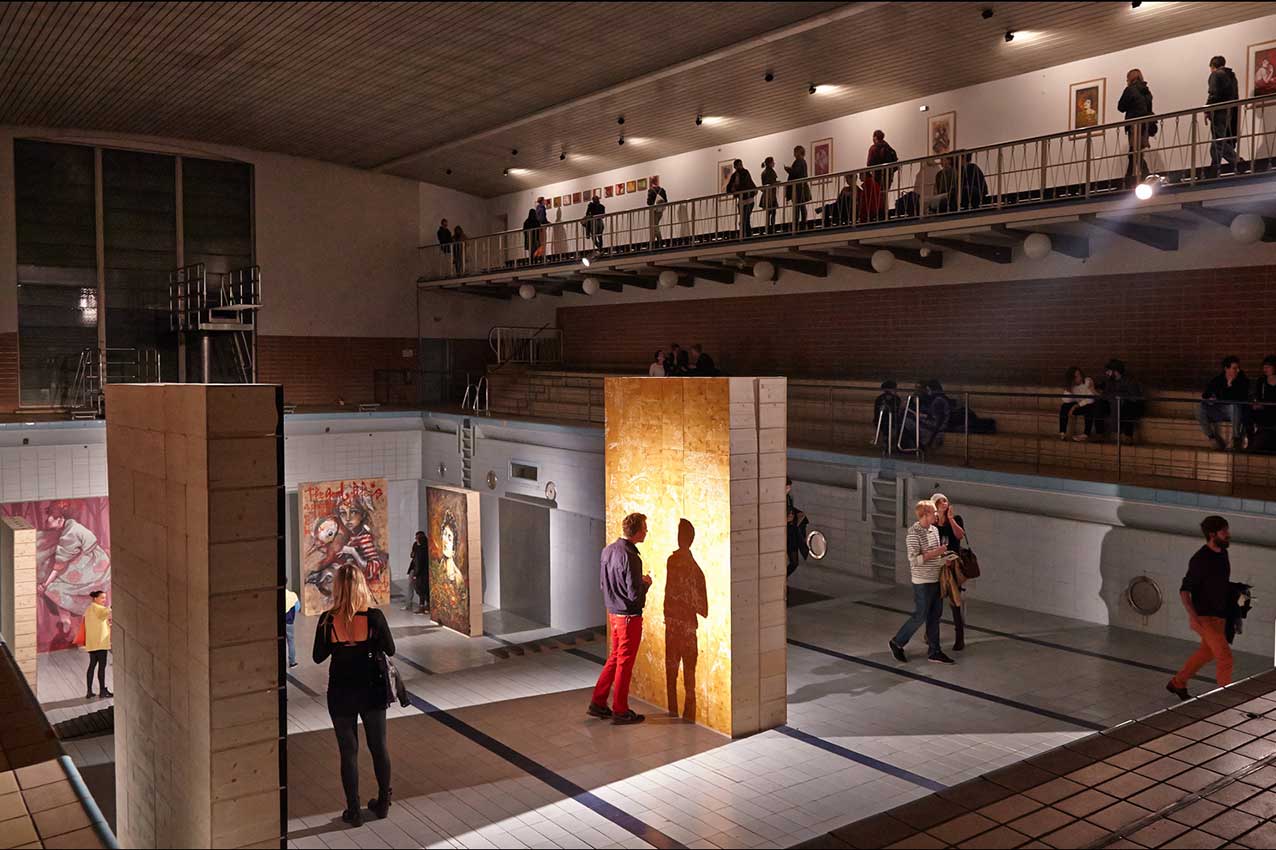 The next stop on our art & wine tour of Europe was Rome, where we teamed up with Wunderkammern for the event. We again set up the 672 wood wine crates that were the artwork for this exhibition. Featuring original art on wood by Etam Cru, C215, Herakut and Vhils, this show had an amazing crowd of over 1000 and became quite a wine fuelled party, didn't know that an art exhibition could be such a good time. 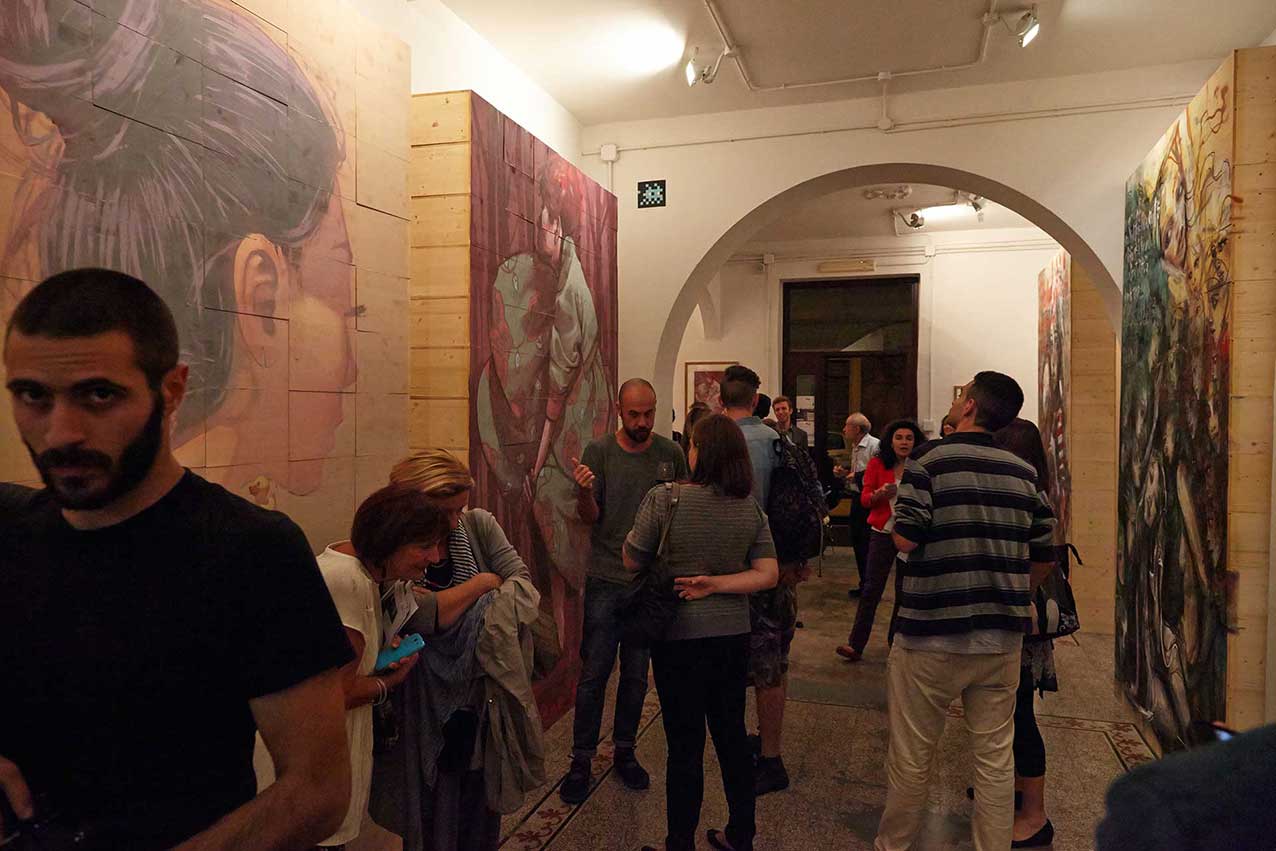 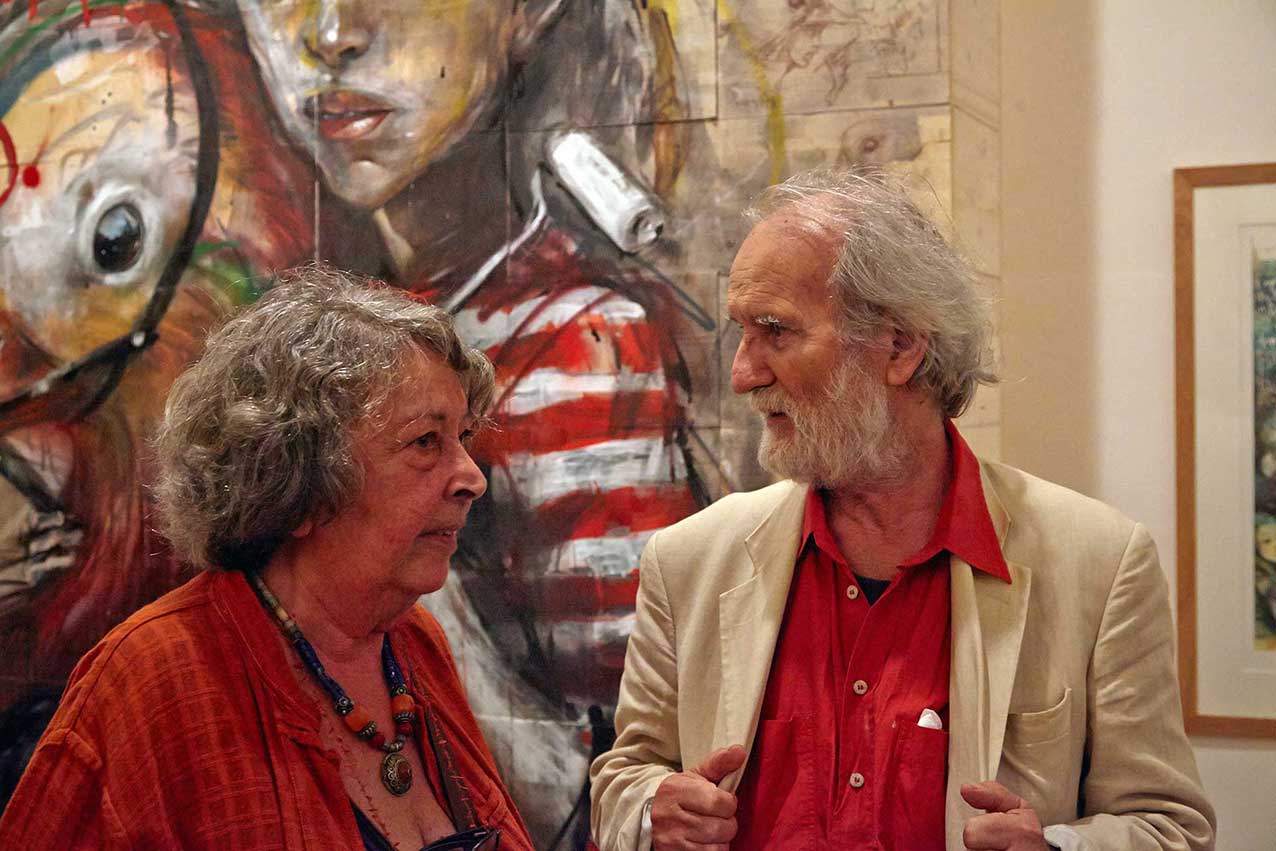 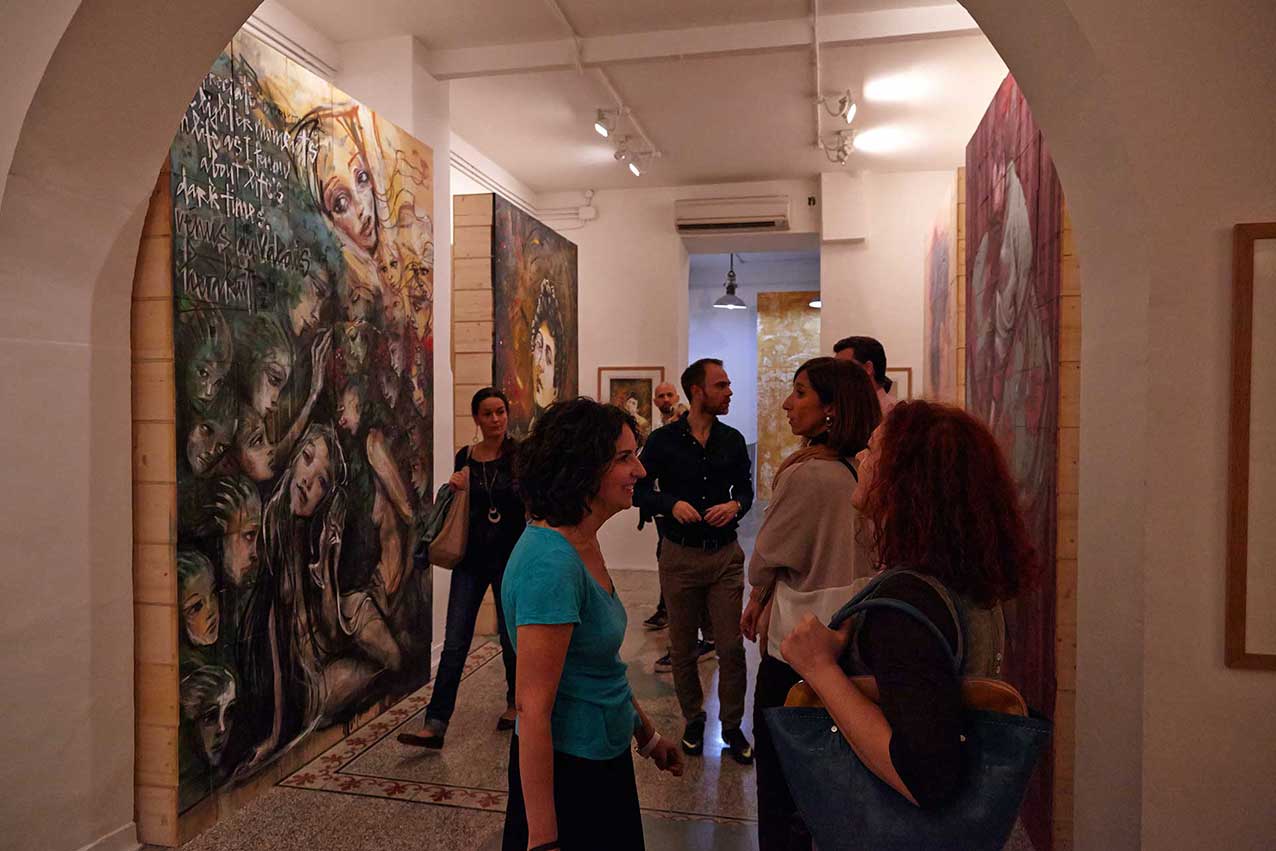 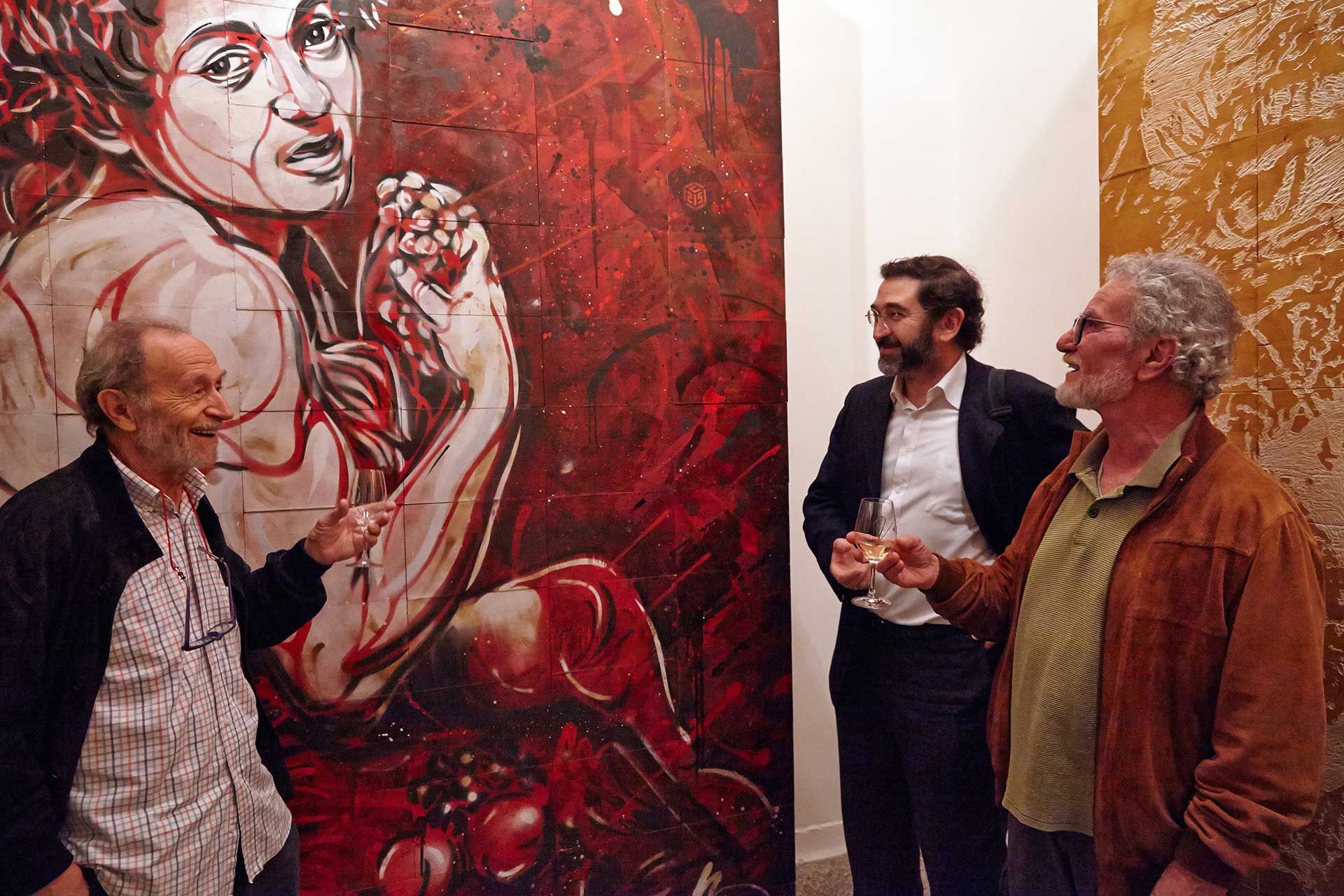 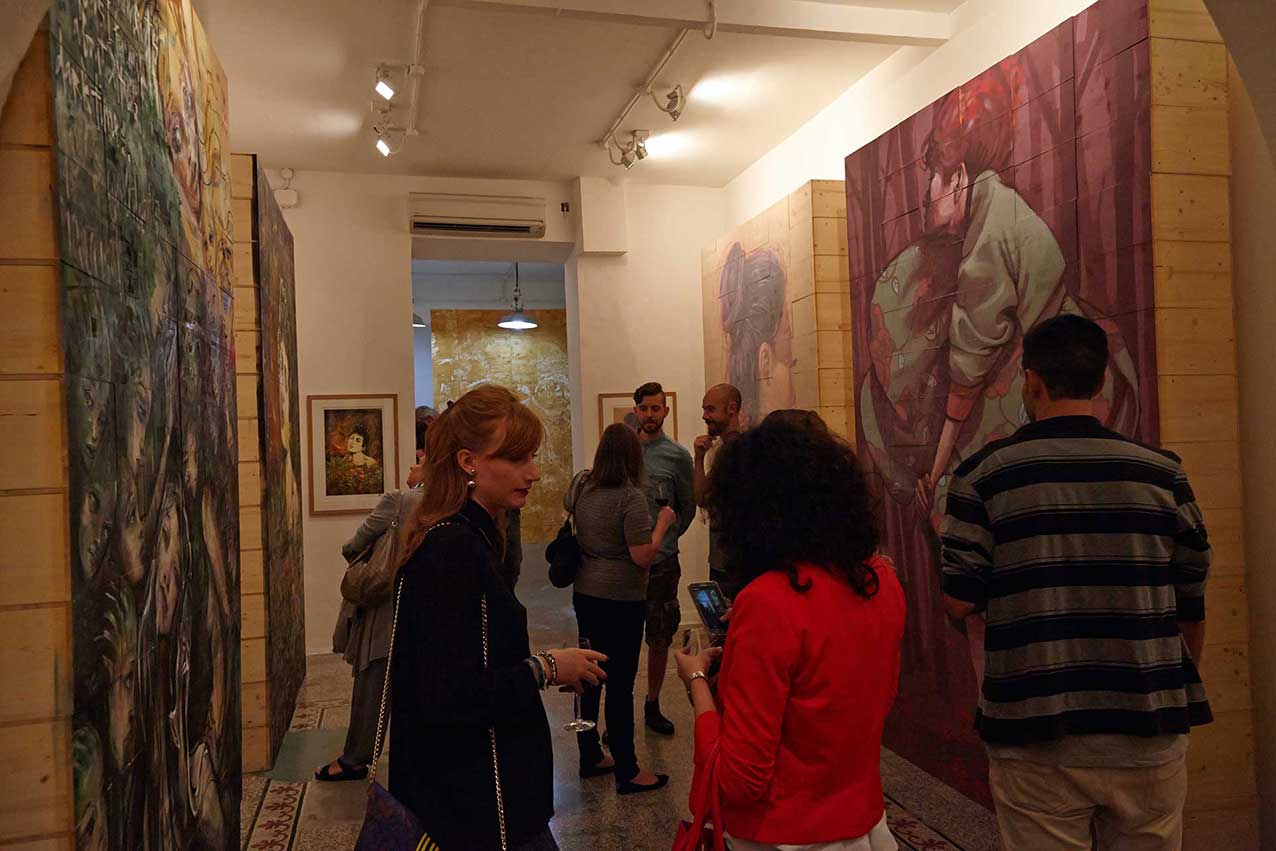 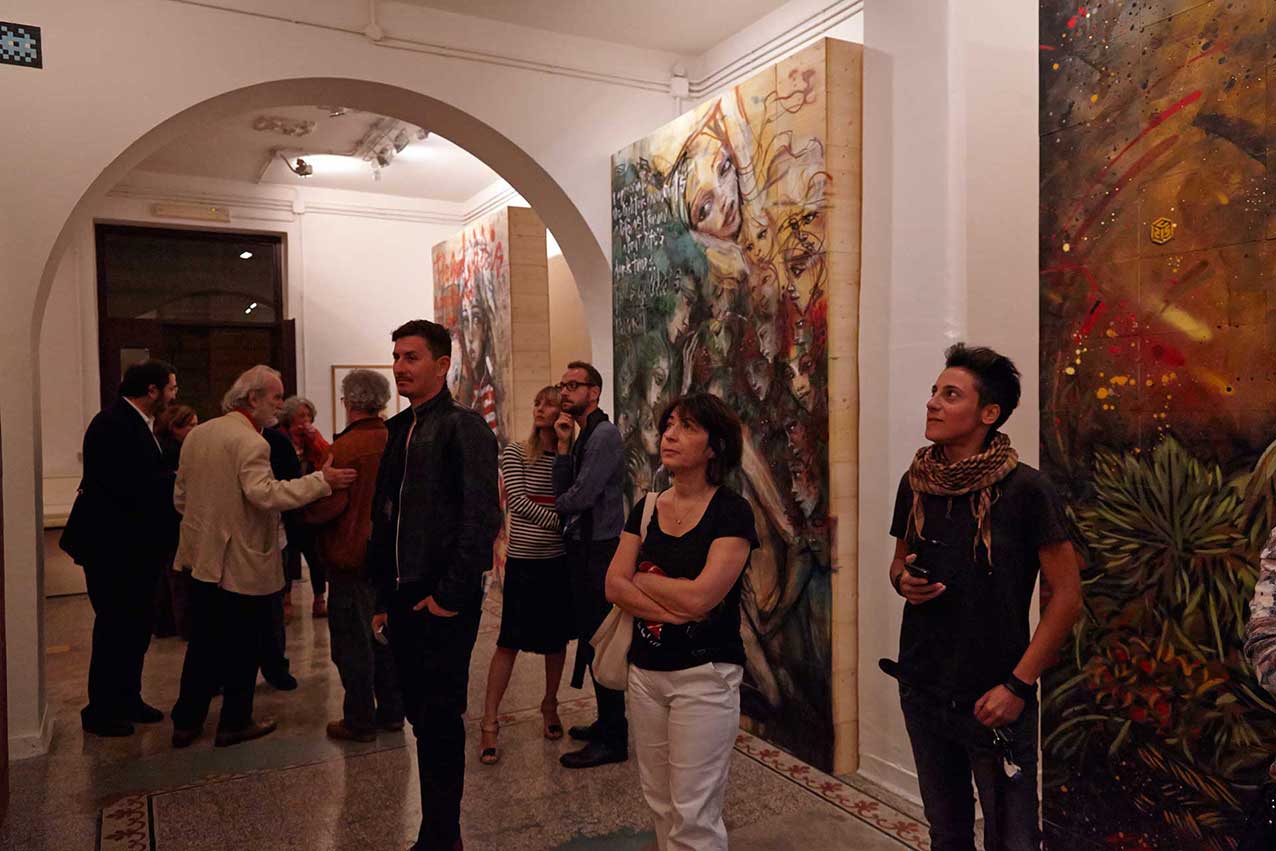 For this art exhibition, we took the show to the historic Vyner street in London known for street art. We partnered with Limewharf to host this event in their industrial style space that was large enough to show all eight of the 3 meter by 2 meter artworks on stacked wood wine cases by Herakut, Vhils, C215 and Etam Cru. 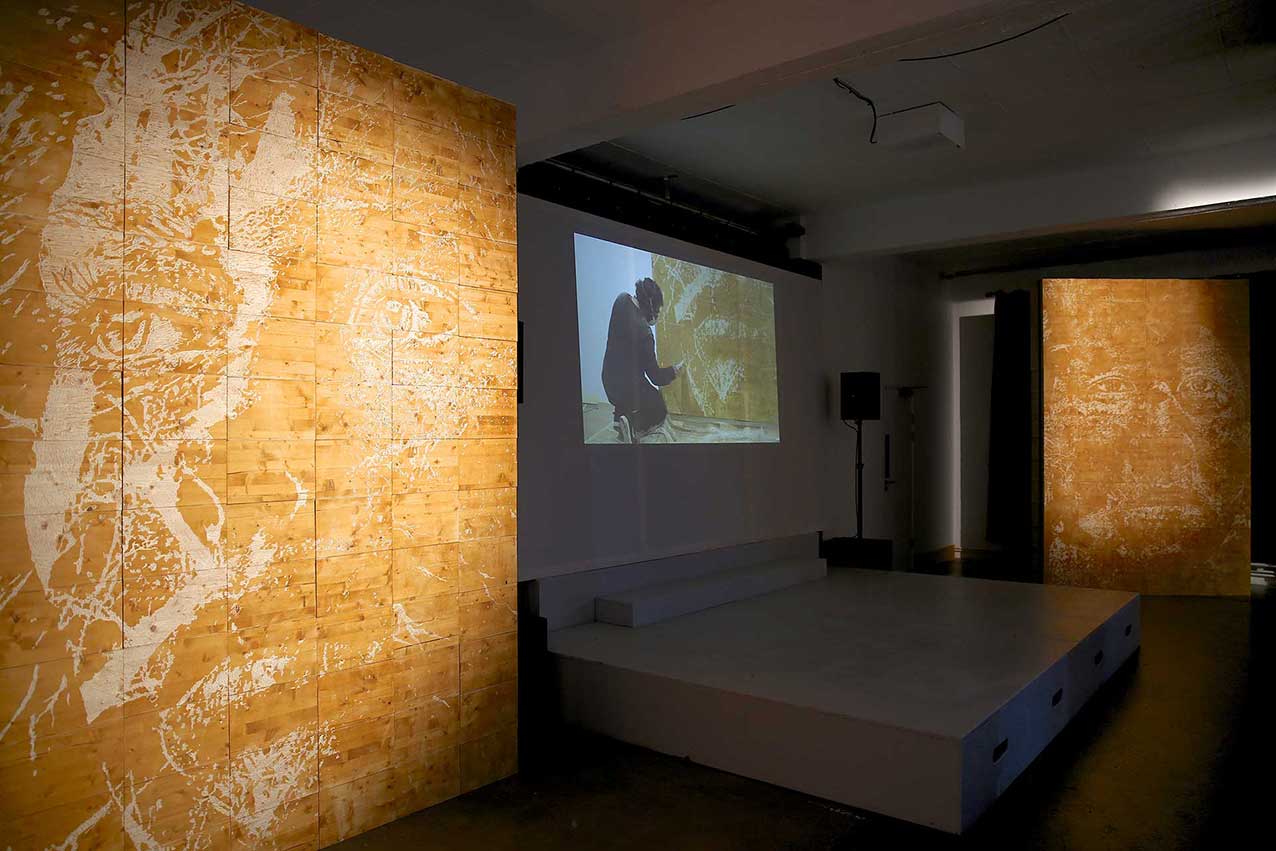 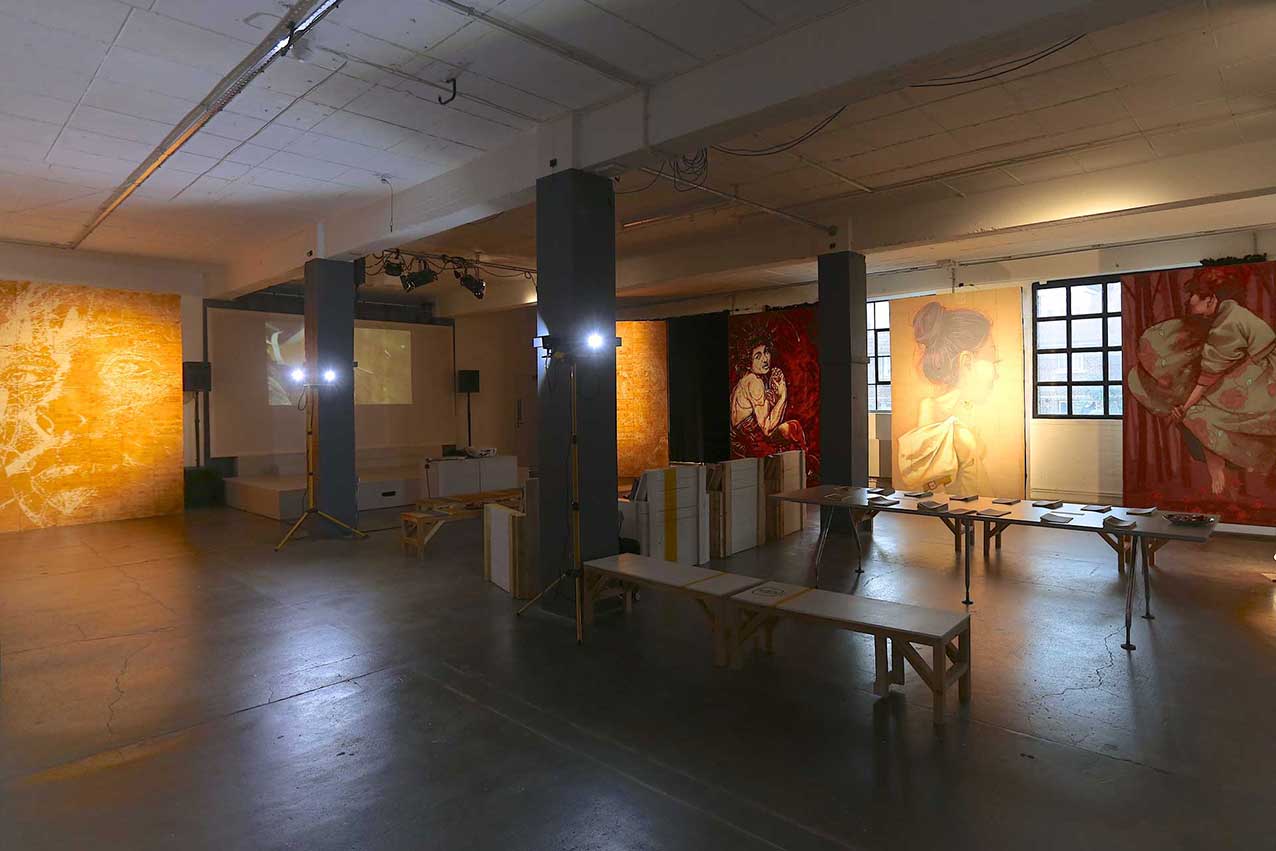 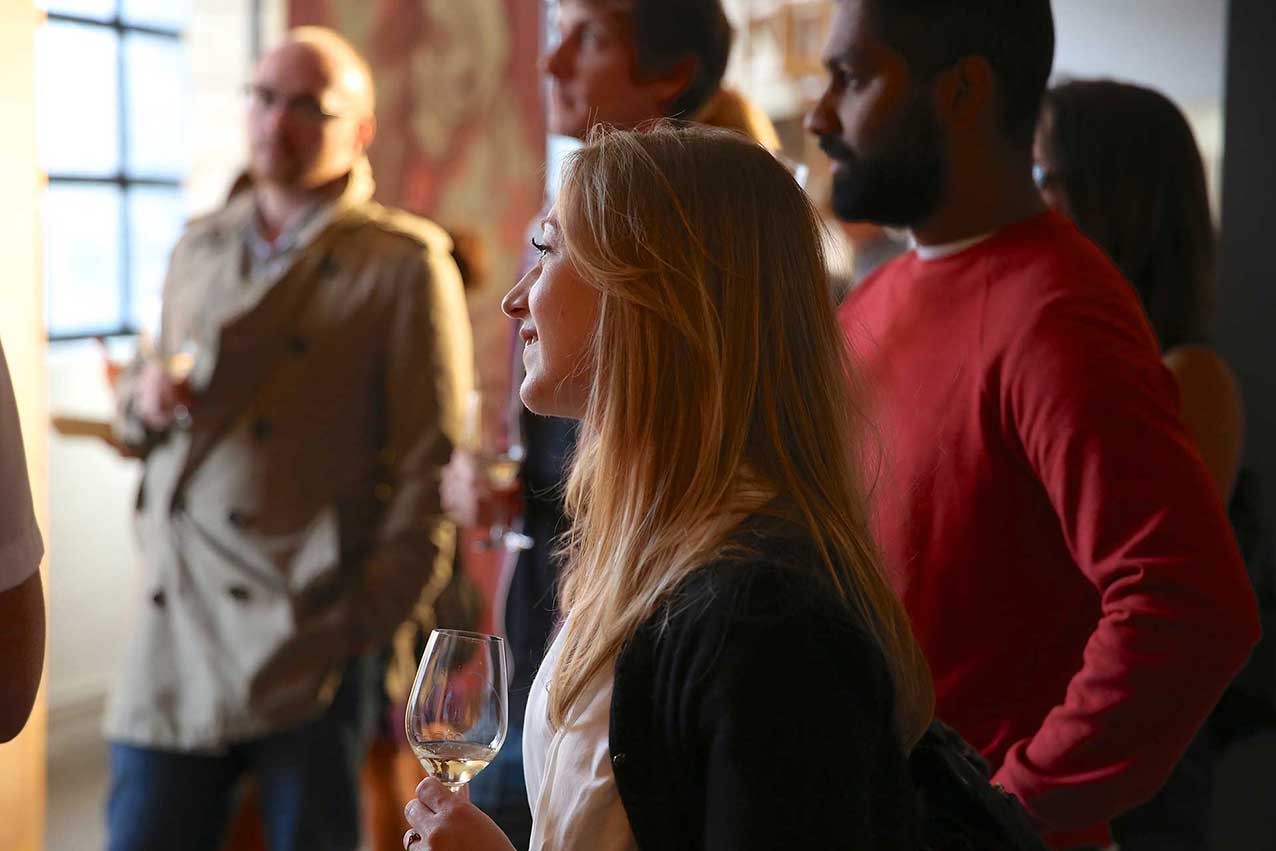 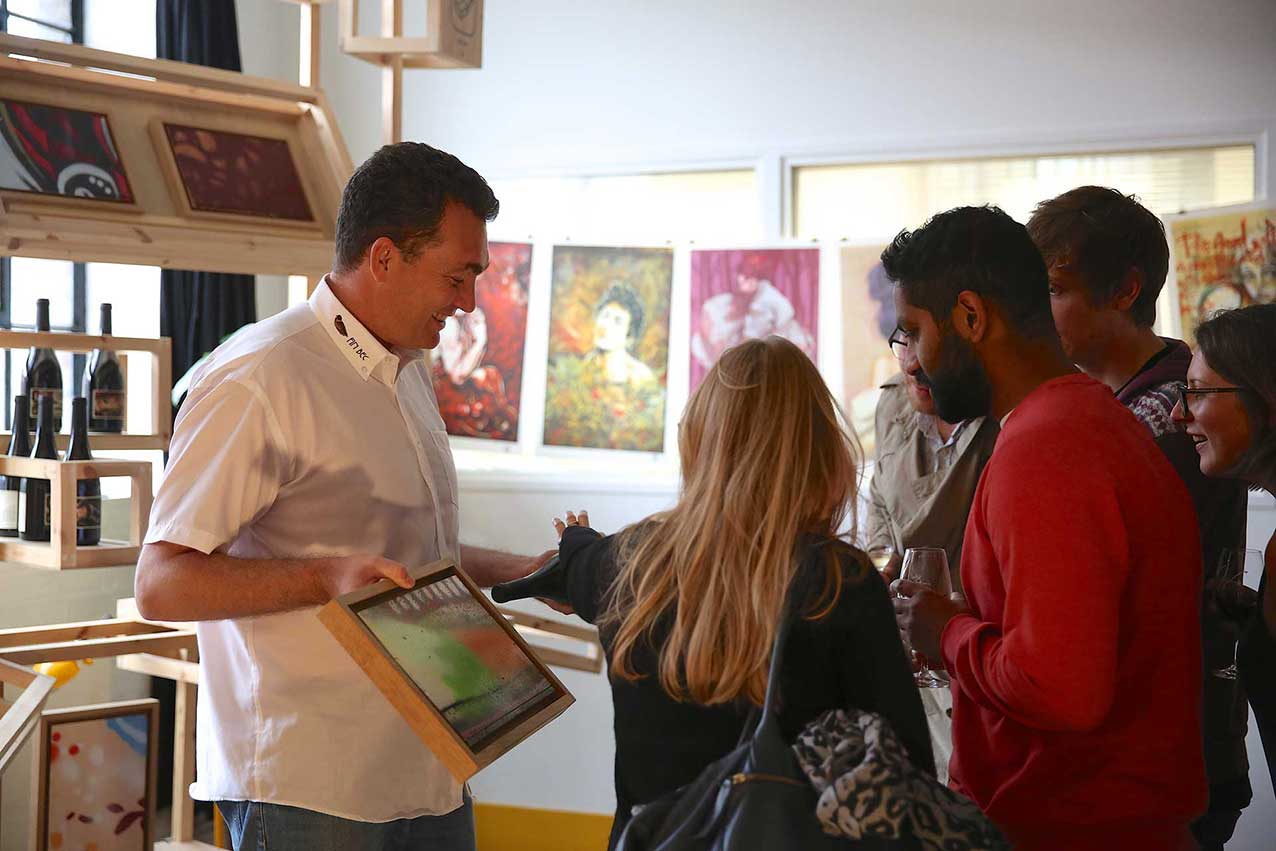 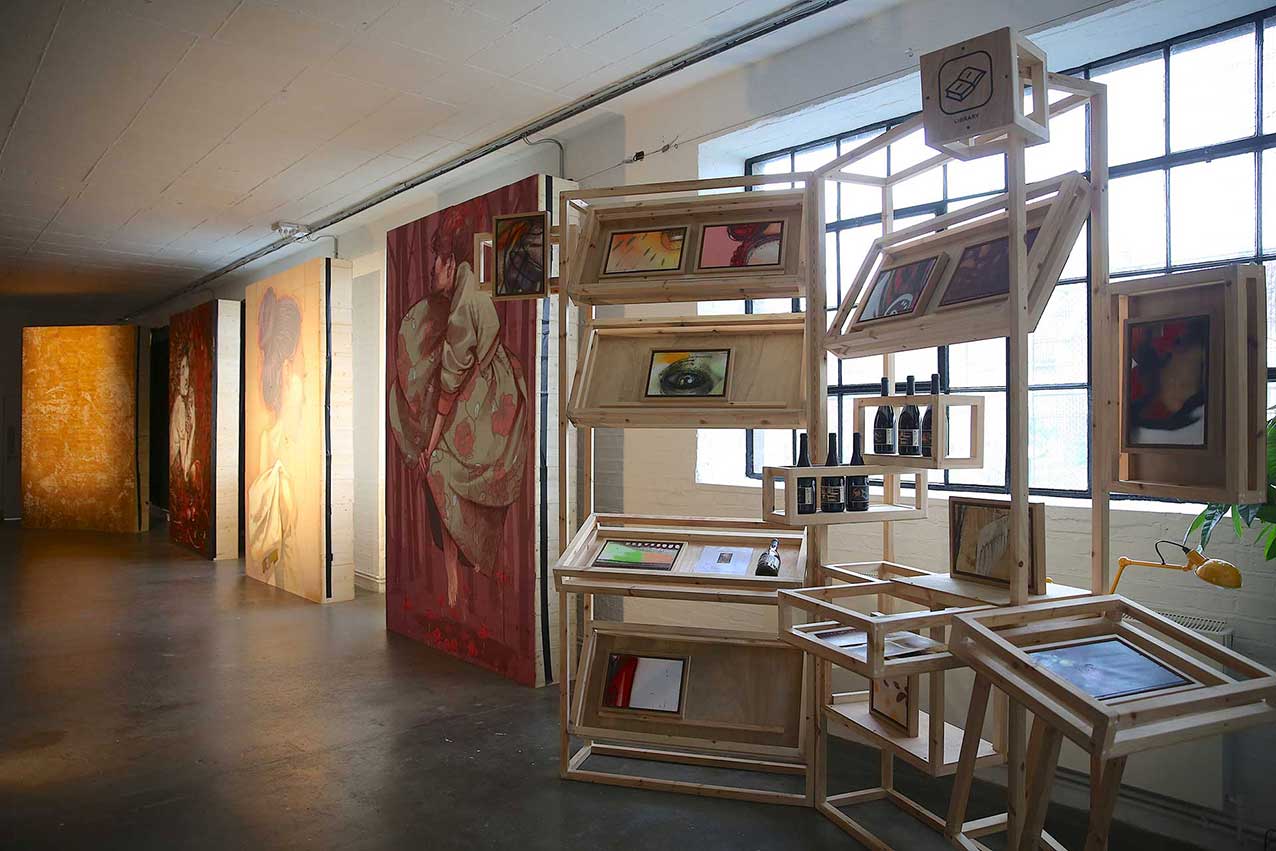 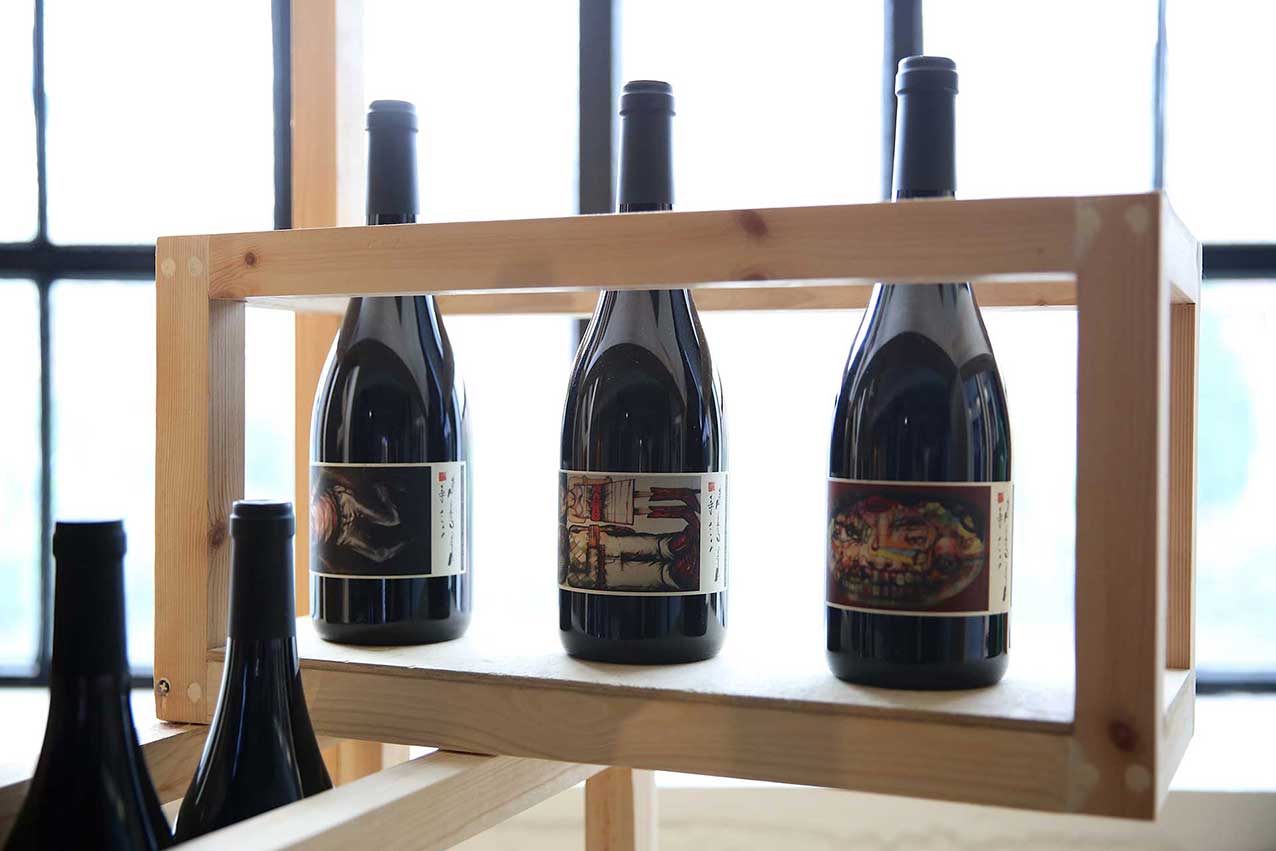 For this show in Cologne, we teamed up with RUTTKOWSKI68 Gallery for an art and wine pop-up show. The eight artworks on 672 wood wine cases by Herakut, Vhils, Etam Cru and C215 were set-up and we also showed some various art from previous editions. Wine tasting and Swiss charcuterie also made this festivity a huge success. 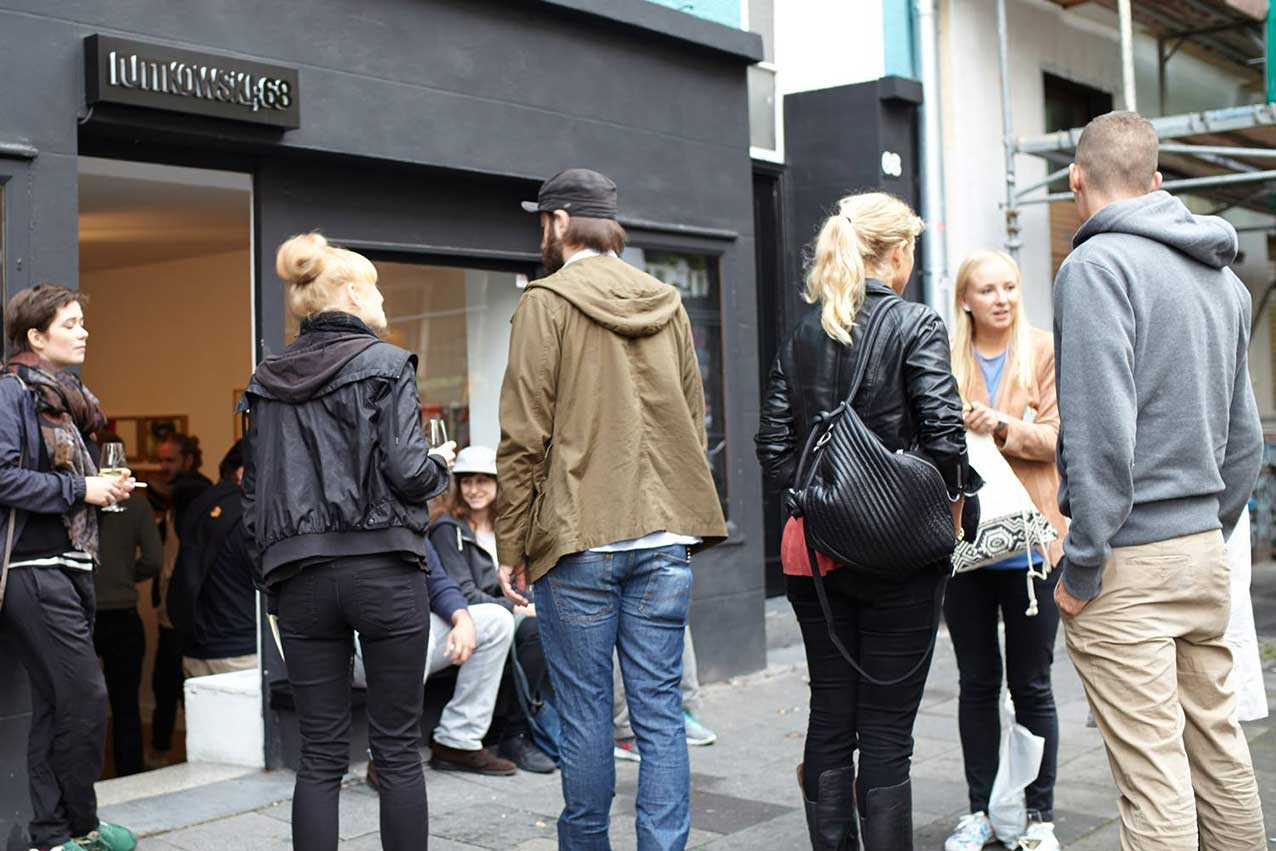 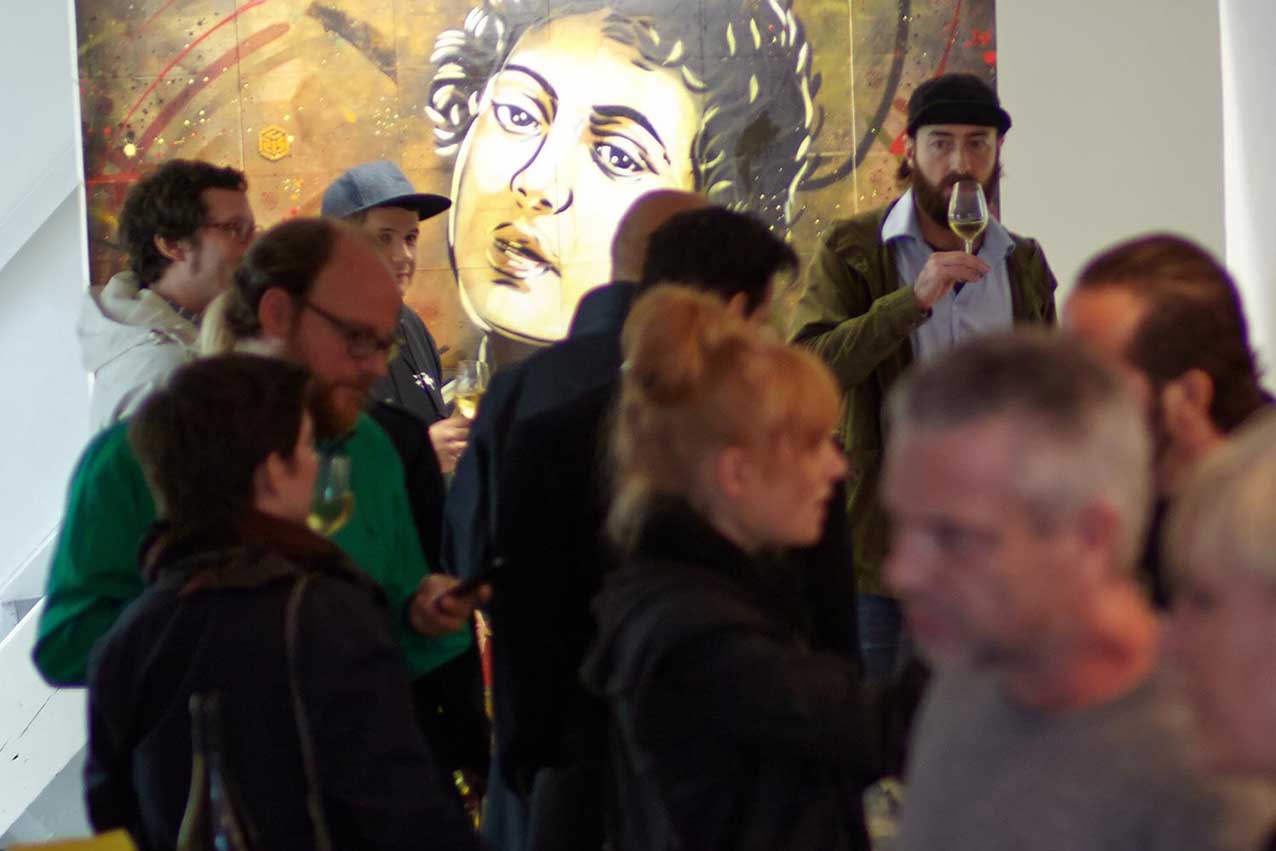 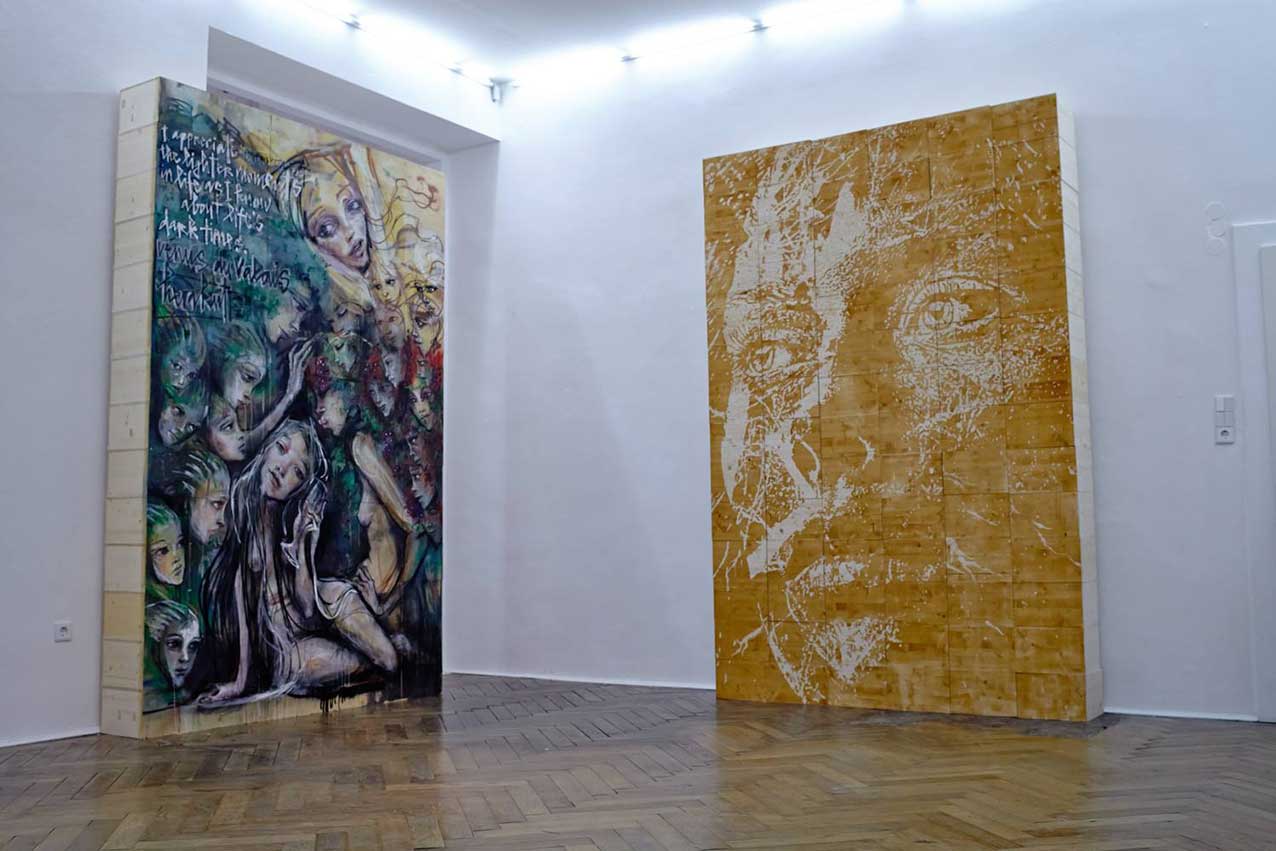 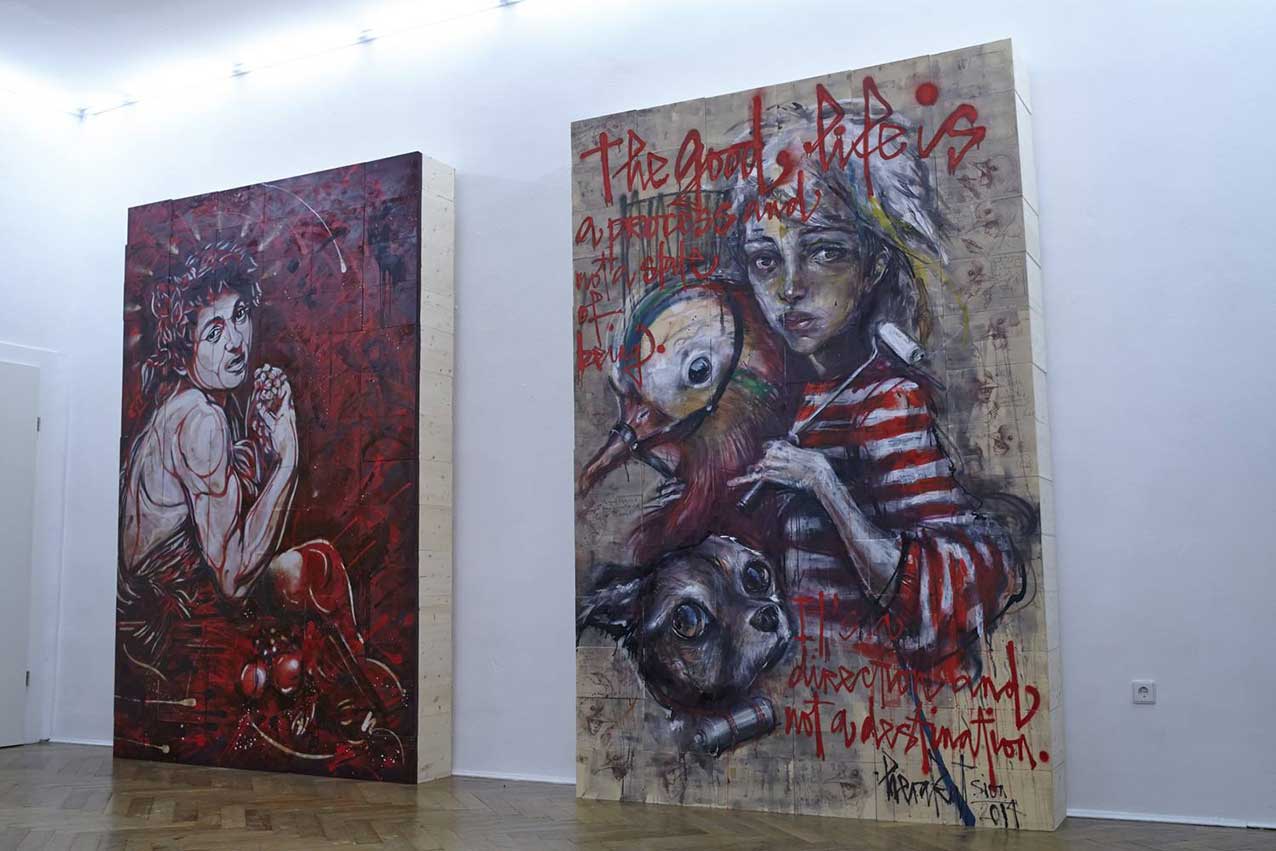 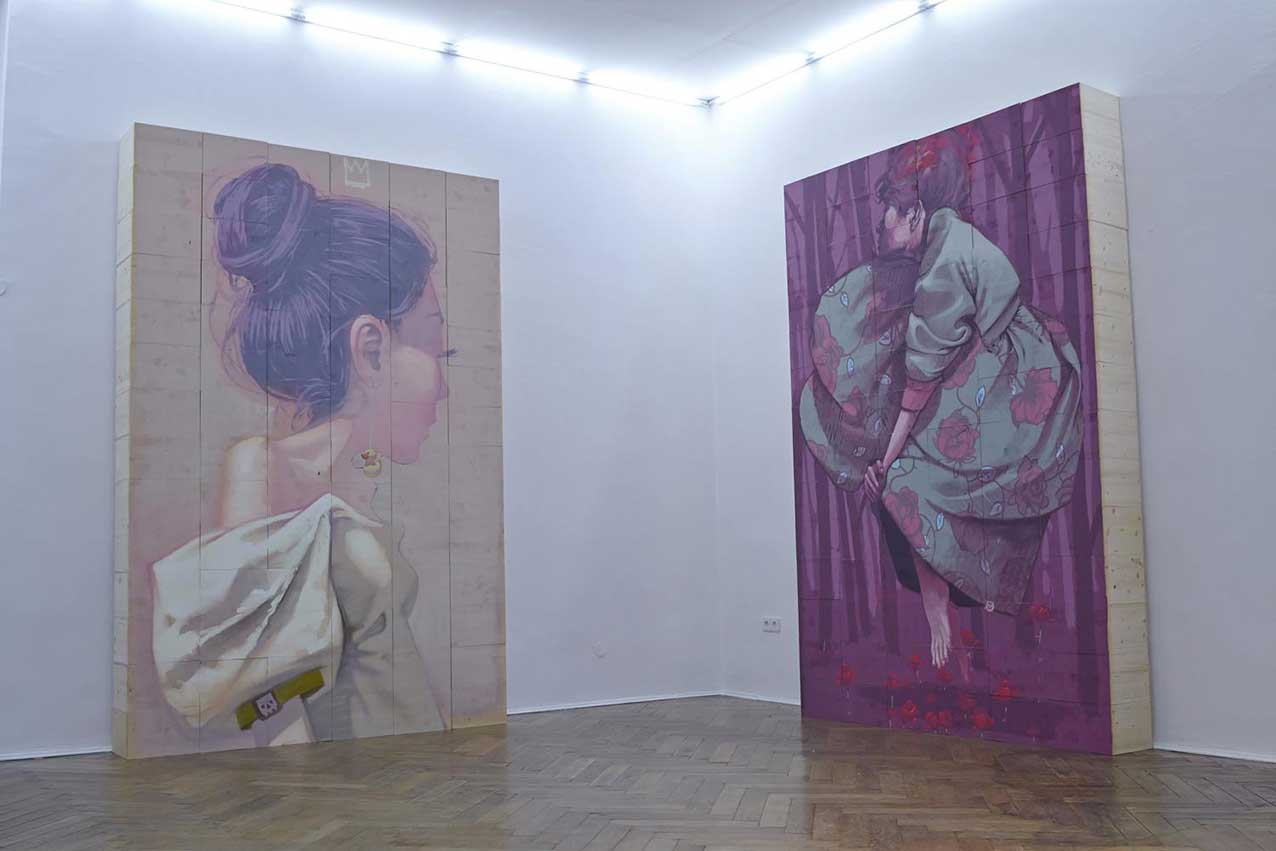 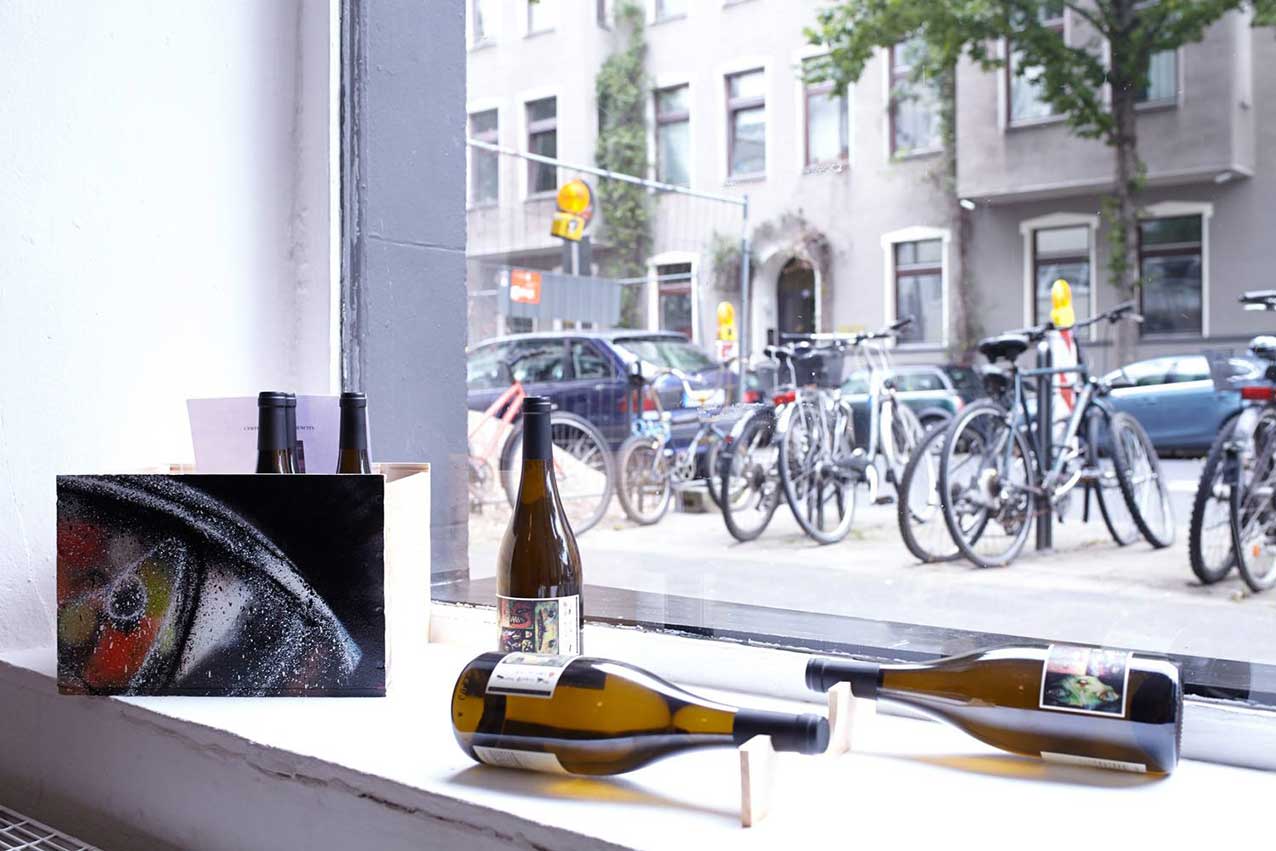 In the third edition of myFINBEC, artists Vhils, Herakut, C215, and Etam Cru came to the winery Cave Fin Bec in Switzerland. Each artist had two canvases comprised of 84 wood wine cases, and they painted them in amongst the grapes in the vineyard. These eight artworks measuring three meters by two meters were installed in the winery's gallery space where they were presented to the public for the first time. The vernissage was attended by the local people of the area, both young and old, with organic wine tasting from the winery and raclette served overlooking the grapevines. 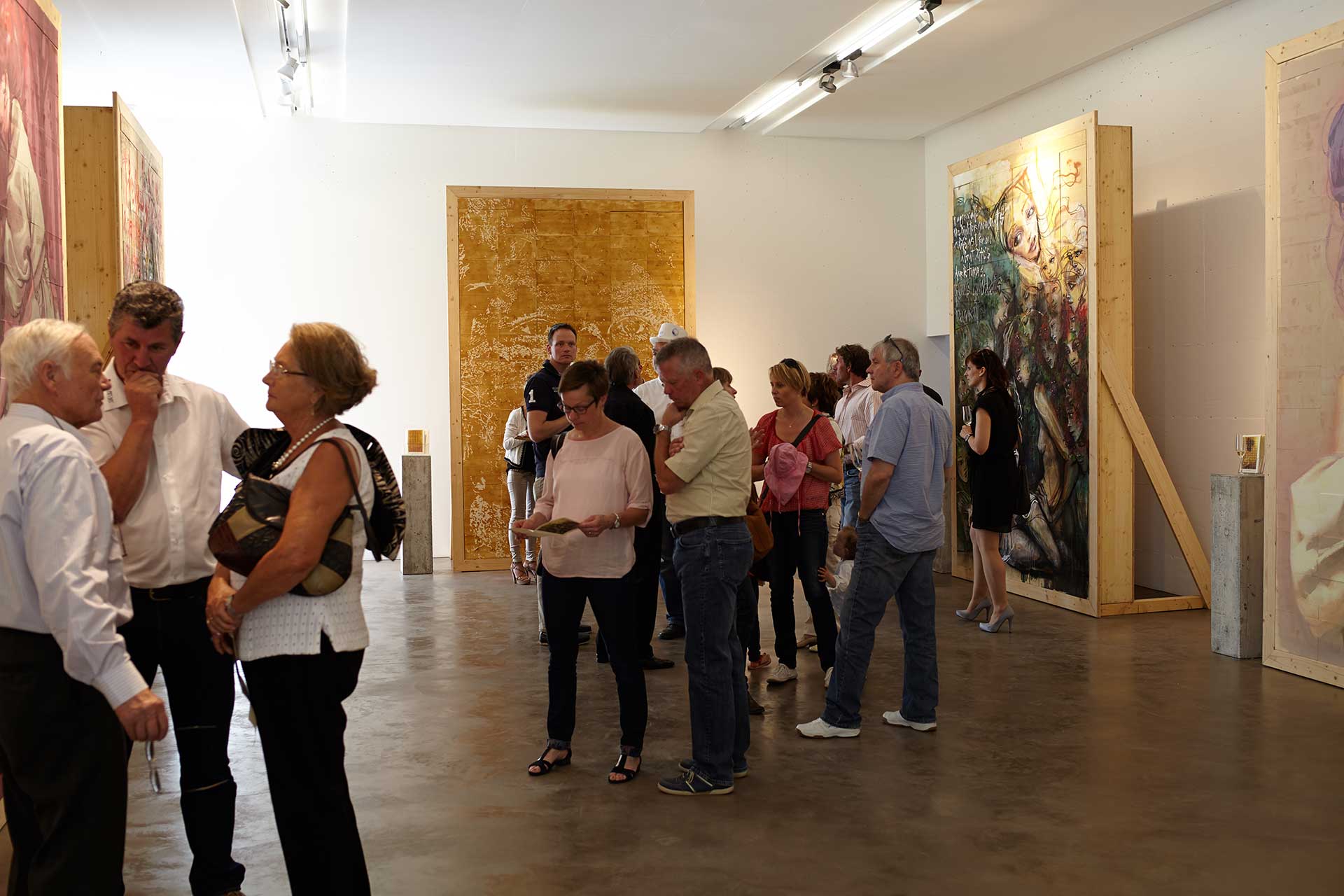 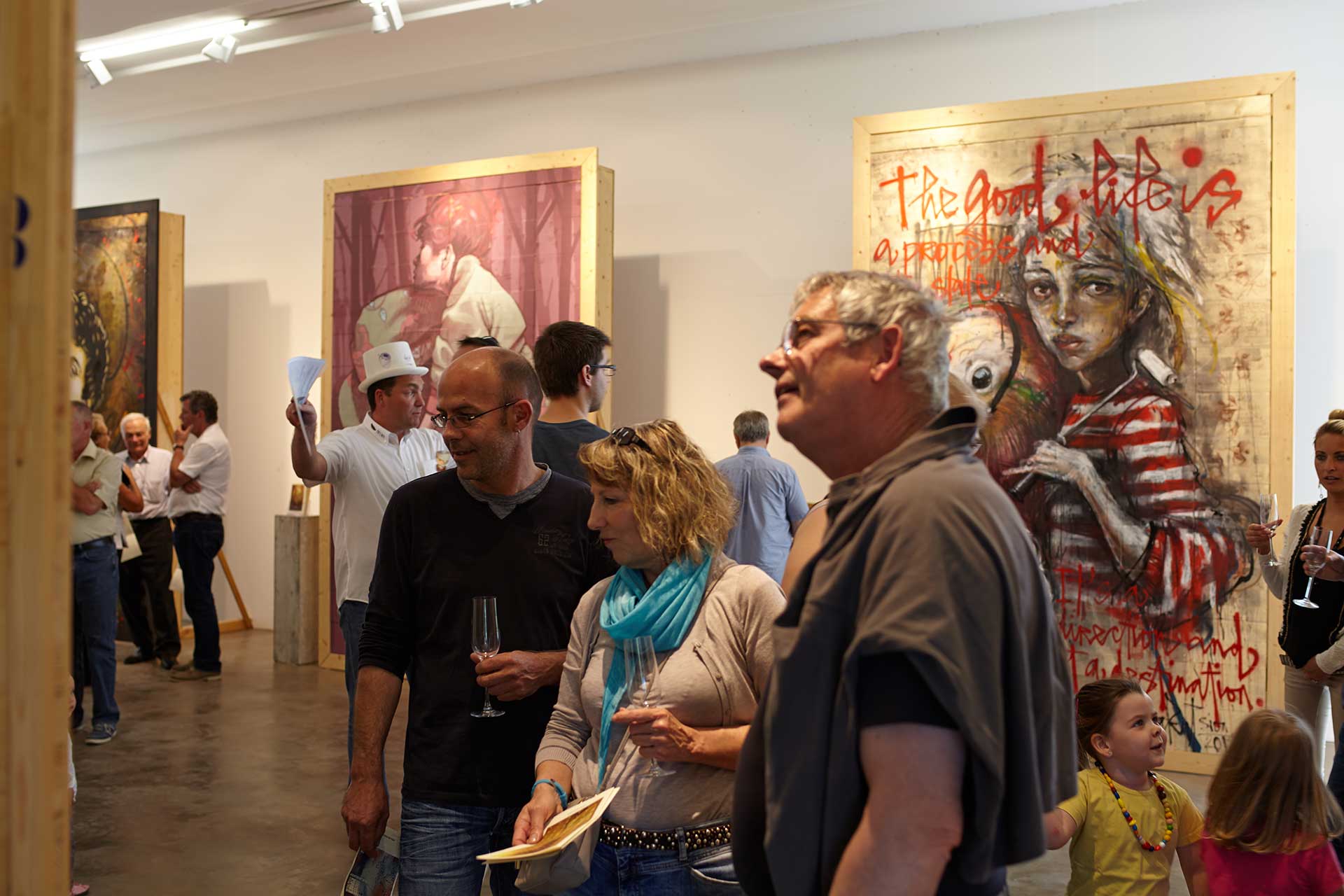 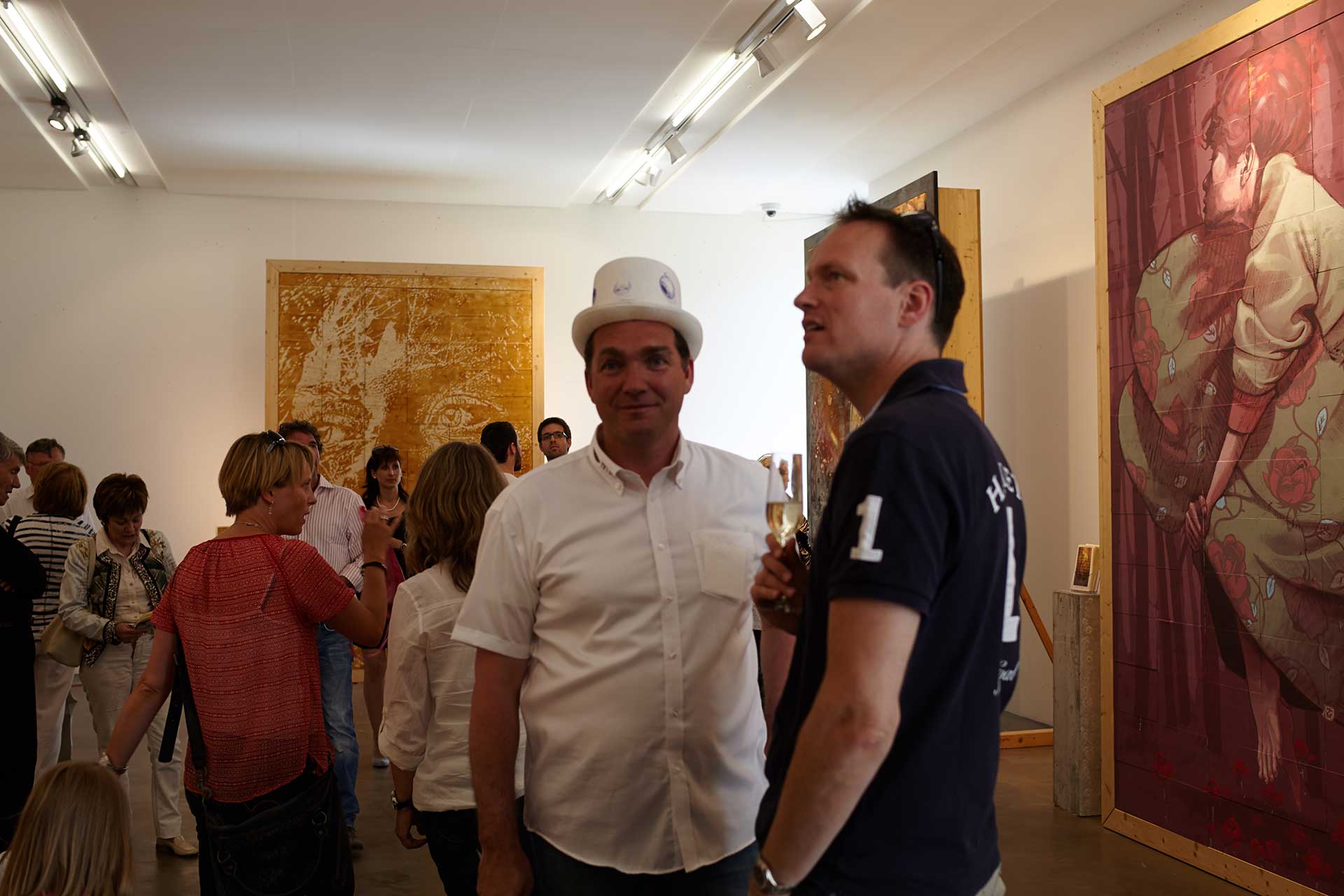 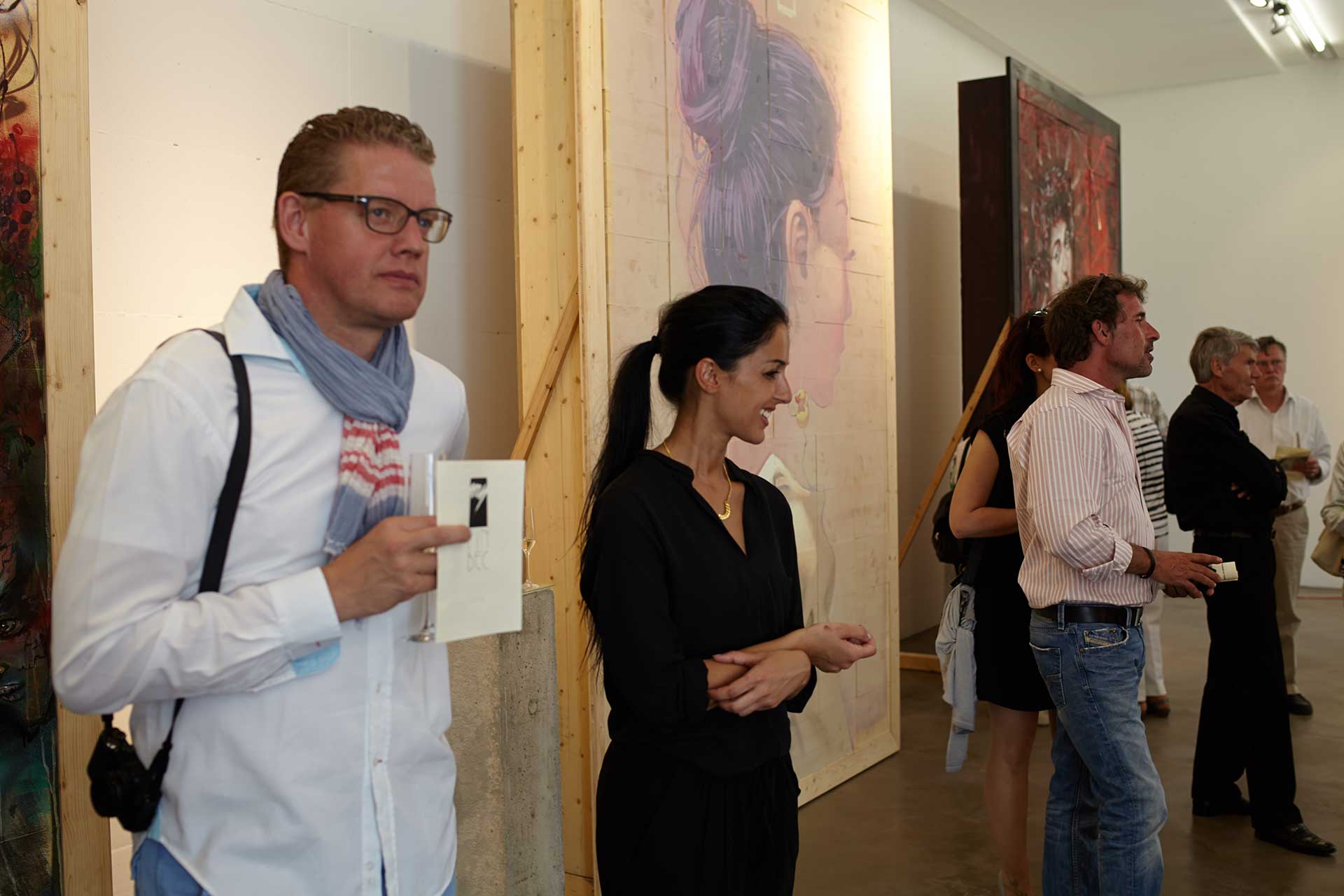 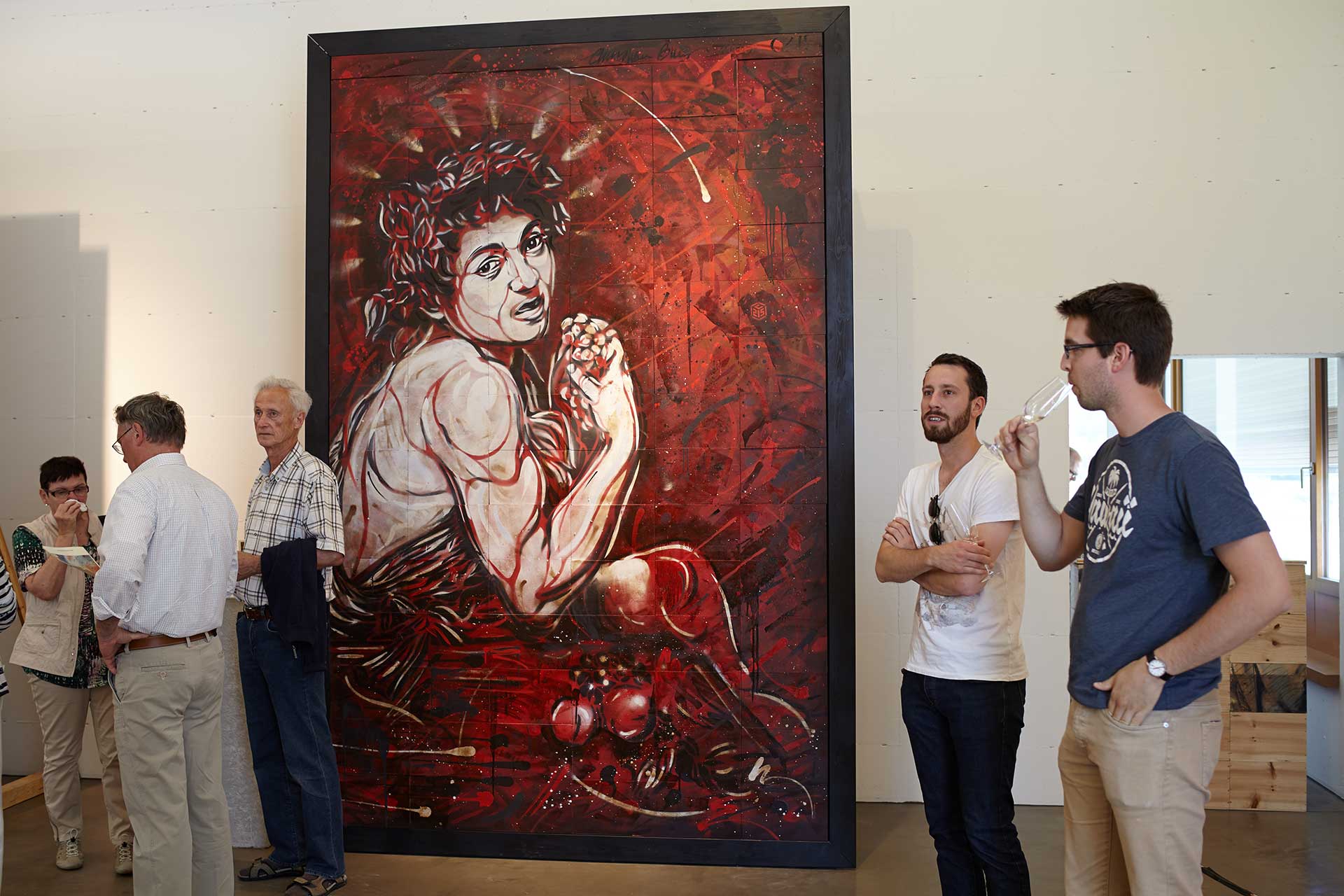 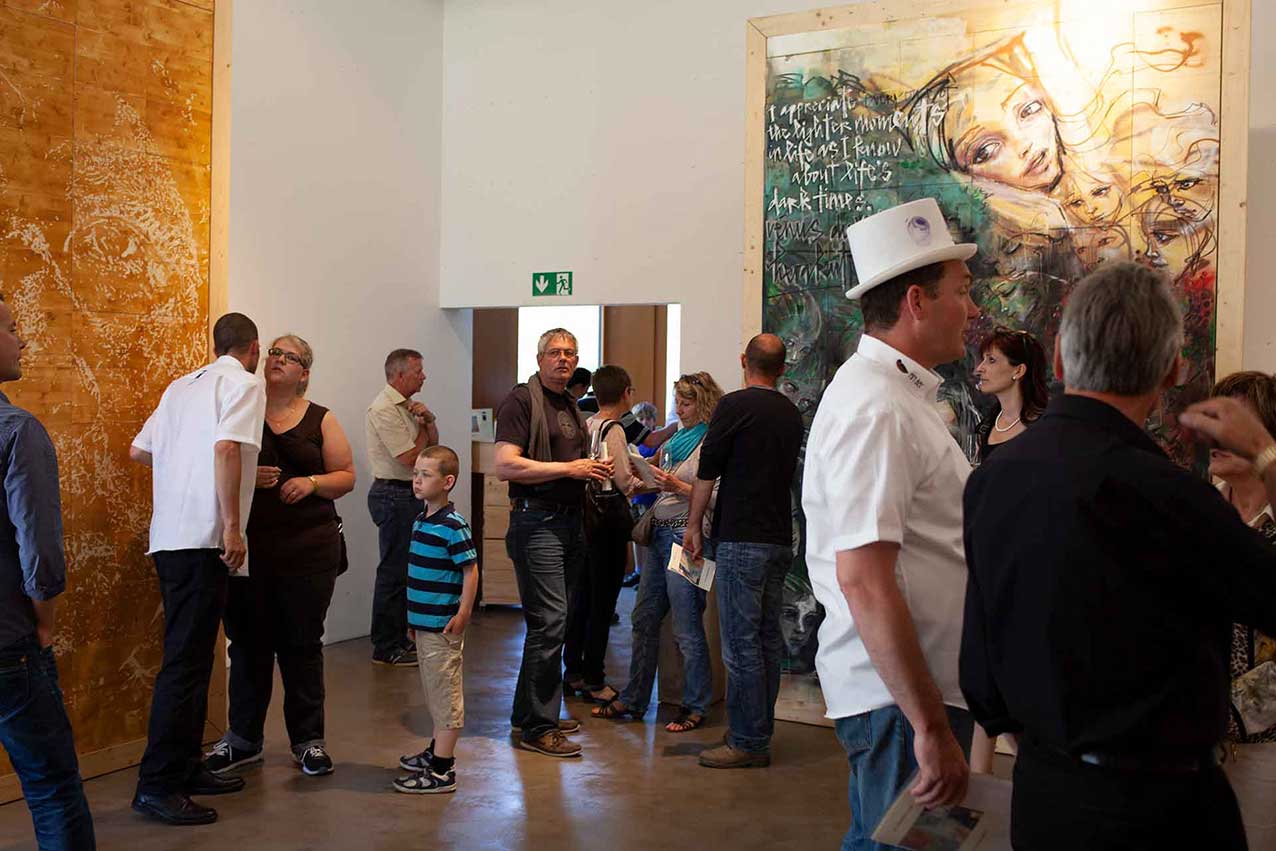